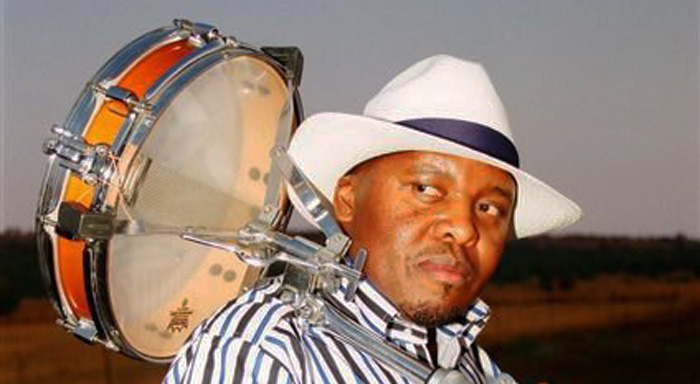 On his mother’s side, his great-grandfather was a trumpet player and choir leader, his grandfather was a guitar player, and his two uncles also musicians – one a drummer, and the other, Philip Boikanyo was a bass-player and the founder of the 1990s afro-crossover group, Kutu. “Growing up with these guys and their music in my grandmother’s dining-room…”
Bernice inherently knew that he always wanted to be a musician, but he also remembers it as being a conscious choice – sparked, when at the age of six, one of his uncles handed him the bass guitar, and though it was too big for the tiny tot, it was this gesture that affirmed his life’s purpose.

One of his earliest inspirations was the sound of the South African-born international artist, Jonathan Butler. Initially intrigued by Butler’s instrument (which he later learnt from his uncle, was an acoustic guitar), Bernice was also struck by the icon’s singing style – an aspect which he has carried through to this day, even though he makes no claims at being a singer. His interest in drums also began at this young age – while attending ancestral ceremonies, he was inspired by beating of the inyangas’ (traditional healers) drums and the effect of these rhythms, which he says “made people go crazy.” So, he also wanted to play, and they welcomed him, and although he explains that ‘he never got possessed by anything’, it appears the impact was as enduring.

He soon began crafting his own drums, boring holes into 5-litre paint tins, around which he stretched tyre tubes to make and explore different tones, but taking the bass and guitar into his teenage years, this early passion for the beat, only later unfolded. After school, he went to the University of Cape Town and wanting to appease his academic mother, he studied law and criminology, but the musical bug bit, and a month before completing his undergraduate degree in criminology, he decided to leave because “the passion in me about music was pushing me. When God chooses you, you’ve got no choice. You have to follow what He wants you to do.”

So, in 1990 he returned home, but in disgrace and disowned, he had to find a job, and it appears he was divinely guided, because through a man he met at church, he got a job working in the distribution department of CCP – the local division of EMI music, a major record company. While working night shift, he used to sing along to the sounds of new CD’s and the radio, and was unknowingly, often overheard by Irving Schlosberg, the CEO of the company.

Recognising this talent and admiring Bernice’s articulation in live music, Schlosberg released him from his job, and sent him to music school, and for the next six years, Bernice studied music – starting at the small inner-city school, CAMS, then at the historical music centre, FUBA and finally at Soweto’s legendary music and arts academy, FUNDA. For the first four years, he focussed on the piano, which besides being both a theoretical and practical requirement of the courses, he believes serves as a fundamental basis for making music, and he cites the legendary drummer Jack de Johnette as an example of how knowledge of the keys enables a deeper understanding of harmonies, composition, arrangements and production.

Then in 1993, when he heard one of his part-time teachers, Jabu Dube, play the drums, Bernice realising that “drums are my thing” chose this instrument as “the one I love the most!” Professionally, he was soon spotted by top artists such as McCoy Mrubata, who encouraged him to practise, saying that “one day you will play with me!” He subsequently honoured this invitation, and besides performing and recording with the legendary saxophonist, a version of Missing You (one of the tracks on My Soul), was first featured on McCoy’s 2008 release, Braaskap Sessions: Volume 1.

Both in interviews and on his album, Bernice always credits his mentor, the drummer Vusi Khumalo, who he first encountered during his childhood, but later reconnected with while performing at FUNDA. Each was playing with their respective bands, and although Khumalo didn’t at first remember him, he recognised his talent, and was moved to offer the youngster his services as a teacher. Bernice has since worked around the globe with an impressive array of artists, including Caiphus Semenya and Letta Mbulu, Jimmy Dludlu, Ringo, Pops Mohamed, Tutty Moreno and Roy Hargrove.

Aware that internationally, it is still unusual for a drummer to headline an album, Bernice was unfazed in this endeavour, because of what he describes as the “all-round musicality” he has within him, not only as a drummer, but also as a composer, arranger and producer. This is echoed by his mentor, who praises Bernice for his focus and ability to manage his artistic gift along with discipline and business acumen.

Bernice also explains that “drummers are always seen at the back – as one of the members of the band”, and having himself been inspired in 1996 by the first drummer-led release in South Africa, Vusi Khumalo’s, Follow Your Dream – as the country’s third artist to achieve this, he in turn, also hopes to encourage others. My Soul is the realisation of a thirty-year old dream, which extends way back to when as a little boy, he imitated not only Jonathan Butler, but also copied the music of George Benson and hits like Sipho ‘Hotstix’ Mabuse’s Burnout, believing that one day he would release his own album.

After graduating, Bernice went on to do a course in the Business of Music, and besides using this knowledge to further impart his skills by teaching drums and conducting workshops; he credits this experience for providing him with an overview of the industry, and equipping him with the confidence that has enabled him to record and release his album independently.
Acknowledging this self-sufficiency as “the difficult route”, Bernice believes that the benefits abound, and My Soul is a dynamic testament to this tenacity.

While recording My Soul, many of the country’s most gifted musicians offered their services free of charge; and amongst others, the album contains the magical artistry of the pianist Sylvester Mazinyane and the beautifully bold bass-lines of Sakhile Nkosi – both of whom encouraged the young artist to record, over the years. With heartfelt contributions such as these, Bernice is further inspired to establish a network of artists whose collective contributions to each others’ recordings could ensure a creativity unleashed and unrestricted by record companies – opening the possibilities for further independent projects.

With his musical background steeped in jazz, Bernice still doesn’t believe in this singular definition of his sound, but instead insists that soul and iscathamiya are also part of the mix.

However, he is content to be considered as part of the new wave of artists redefining the South African jazz idiom, believing that here, “at home, we interpret jazz in another
kinda way. In the US, in New Orleans, jazz is always about swing, but here we
play it differently – with rhythm; that’s part of how South Africans play jazz and how
we interpret it here, in a different context, in our own language.”

And from this standpoint, My Soul will undoubtedly satisfy aficionados of this genre. Bernice’s expression is honest and infectious – drawing inspiration from personal experience, he “prefers to play from the heart and the soul”, hence he calls his debut My Soul. In my opinion, it has been a pleasure to “shut up and listen”! (Nicky Blumenfeld)